Melbourne’s Infrastructure – What Is Happening?

In Melbourne, our roads and infrastructure have required constant expansion to suit our ever-growing population.  With it being a large focus for our government, many funds and resources have been set aside to improve our standard of living. This can be reflected in the famously-dubbed title of ‘the most liveable city in the world’ (The Economist), with one of the criteria being based on a city’s infrastructural standard.  It’s a priority for our government to maintain the high standard of public welfare by reducing congestion and improve safety and travel times for drivers, pedestrians and cyclists. Though one of the objectives is to reduce time for commuters, the repercussions of major road works is causing the opposite effect with gridlock chaos around Melbourne. The Chandler Highway Project, for example, involves widening the Highway to six lanes and building a new bridge to the West of the existing bridge. These works will improve traffic flow and create a more reliable and safer journey for the commuters. However, current disruptions to the traffic are causing longer commute times. 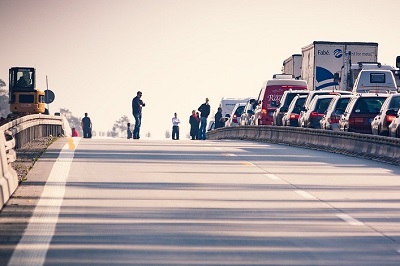 The Level Crossing Removal Project sites are often disrupted with lower speed limits around construction and neighbouring areas.  This causes delayed travel times for all commuters, including both drivers and public transport users.  Whilst this can be frustrating for those involved, the end result will help to strengthen and improve our rail and road network around Melbourne.

Some of the key infrastructure projects around Victoria include:

SPI has been fortunate enough to be involved in many rail/infrastructure projects including Chandler Highway and a number of Level Crossing Removal Projects.  Our inspectors have been preparing comprehensive dilapidation reports to capture the pre-existing condition of each property before the commencement of construction work. The report outlined any existing cracking and damage, so the owner has a benchmark to gauge any changes that may occur as a result of the construction work. This mitigates any unanticipated impacts that could occur.

When you are carrying out construction work or building work in proximity to other properties, there is the chance that issues might arise such as cracking, leaking or deterioration in neighbouring properties. For this reason, it’s recommended to have a dilapidation inspection carried out by an independent third party, to prevent any conflict of interest. SPI can also carry out Property Condition Surveys once works have been completed so that any structural variations can be identified. Where required, we can draw on independent engineering expertise to assist with these situations.

For any information on the rail/infrastructure projects we’re involved with and/or you require a Property Condition Report yourself, please contact us on 1300 721 032 or email us at info@spipropertyinspections.com.au.